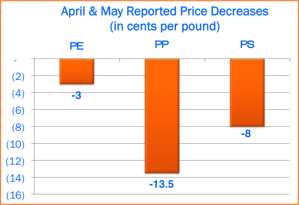 After three consecutive months of increasing prices for several polymers hit the market during the first quarter of 2017, the tide has turned. Prices fell for polypropylene, polystyrene and polyethylene during the April and May, offering some much anticipated relief to buyers of resin and sheet.

To help give some context to the current market changes that many customers are seeing, and what may lie ahead, below is a recap of market pricing reported for the months of April and May:

The industry is currently experiencing softer demand as buyers and converters work through built-up inventory. Supply constraints & rising benzene costs that impacted the market during the start of the year ultimately led to higher prices, prompting pre-buying activity to get ahead of the price increase. The softer demand that the market is experiencing now is a direct result of the $0.19 increase and the pre-buying associated with it. Decreasing feedstock costs in April also helped to push SM and PS resin prices down. A significant price decrease for benzene, used to make styrene monomer, contributed to April’s decreasing prices.

Indices predicted the PP decrease for April at $0.055/lb per month, but pricing had not settled at the time of these reports. When all was said and done pricing settled down $0.06/lb for April, and an additional decrease of $0.075/lb was announced for May. In our last post on pricing we reported that PP pricing for Q1 had increased by $0.195/lb since the start of the year. This total increase included the $0.03/lb increase reported for March. Shortly after this report, however, a mid-cycle adjustment was released to reflect actual market movement of $0.04/lb increase for the month of March, for a total of $0.205/lb of reported PP price increases. With the $0.135/lb combined decrease reported for April and May, this results in a net increase of $0.07lb for 2017.

Similarly to PS, the increases that hit the PP resin market during Q1 led to pre-buying and demand destruction. This has resulted in weakened demand this month and last as converters work through inventories, artificially lowering demand and helping to push prices down even faster. The $0.075/lb decrease in a months time supports this. A significant decrease in PGP also helped to push down costs for the PP resin market. Some continued price erosion, albeit more modest, is anticipated for the next upcoming months.

PE prices were flat in April and down by for May $0.03/lb following an $0.08/lb increase in February and March.  This results in a $0.05/lb increase since the start of the year. Similarly to PS and PP, supply and demand balances tightened during Q1 when prices started to rise. This, in turn, led to pre-buying and inventory building, resulting in artificially inflated demand levels that are not sustainable. The artificial spike in demand experienced last quarter has led to postponed orders as buyers wait to see where prices will fall. Weaker orders and excess producer supply have in turn supported this month’s reported price decrease. Continued price decreases of around $0.05/lb are expected for the upcoming months spread out over June & July, but if demand continues to stay weak, the price decrease could all come out next month.

The volatility of the resin market can be difficult to anticipate and customers should note that Impact Plastics makes no guarantee that price fluctuations will follow projected patterns outlined. Please contact your Impact Plastics sales representative for more information. 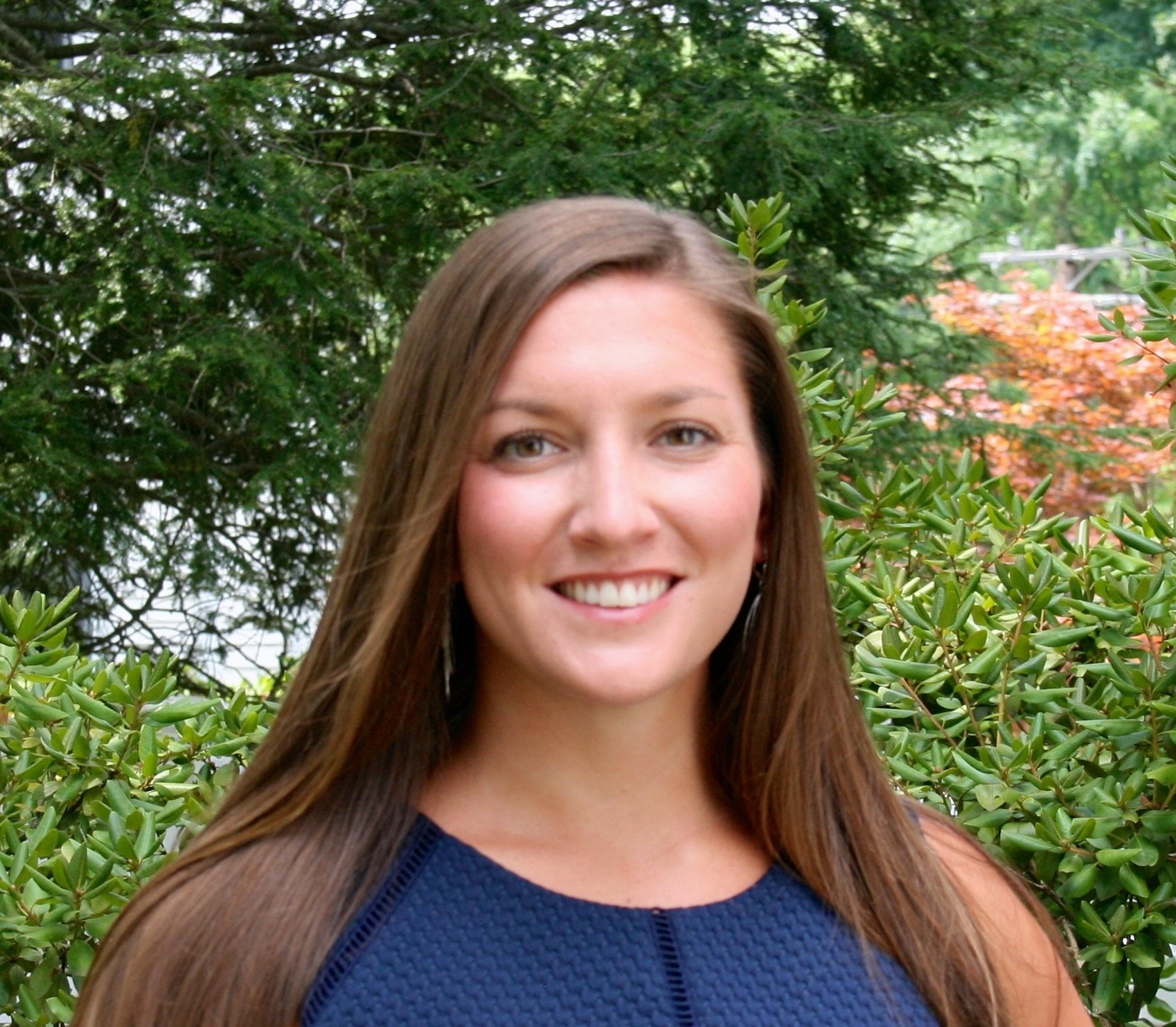